Traditionally much stronger at home than abroad, the Indian team has improved its overseas form, especially in limited-overs cricket, since the start of the 21st century, winning Test matches in Australia, England and South Africa. It has won the Cricket World Cup twice – in 1983 under the captaincy of Kapil Dev and in 2011 under the captaincy of Mahendra Singh Dhoni. After winning the 2011 World Cup, India became only the third team after West Indies and Australia to have won the World Cup more than once, and the first cricket team to win the World Cup at home. It also won the 2007 ICC World Twenty20 and 2013 ICC Champions Trophy, under the captaincy of MS Dhoni. It was also the joint champions of 2002 ICC Champions Trophy, along with Sri Lanka.

As of 19 October 2018, India is ranked first in Tests, second in ODIs and second in T20Is by the ICC. Virat Kohli is the current captain of the team across all formats, while the head coach is Ravi Shastri. The Indian cricket team has rivalries with other Test-playing nations, most notably with Pakistan, the political arch-rival of India. However, in recent times, rivalries with nations like Australia, South Africa and England have also gained prominence.

The advent of One Day International (ODI) cricket in 1971 created a new dimension in the cricket world. However, India was not considered strong in ODIs at this point and batsmen such as the captain Gavaskar were known for their defensive approach to batting. India began as a weak team in ODIs and did not qualify for the second round in the first two editions of the Cricket World Cup. Gavaskar infamously blocked his way to 36 not out off 174 balls against England in the first World Cup in 1975, India scored just 132 for 3 and lost by 202 runs.

In contrast, India fielded a strong team in Test matches and was particularly strong at home, where their combination of stylish batsmen and beguiling spinners were at their best. India set a then Test record in the third Test against the West Indies at Port-of-Spain in 1976, when they chased 403 to win, thanks to 112 from Viswanath. This West Indian defeat is considered to be a watershed in the history of their cricket because it led to captain Clive Lloyd dispensing with spin altogether and relying entirely on a four-man pace attack instead. In November 1976, the team established another record by scoring 524 for 9 declared against New Zealand at Kanpur without any individual batsman scoring a century. There were six fifties, the highest being 70 by Mohinder Amarnath. This innings was only the eighth instance in Test cricket where all eleven batsmen reached double figures.

During the 1980s, India developed a more attack-minded batting line-up with stroke makers such as the wristy Mohammed Azharuddin, Dilip Vengsarkar and all-rounders Kapil Dev and Ravi Shastri. India won the Cricket World Cup in 1983, defeating the favourites and the two-time defending champions West Indies in the final at Lords, owing to a strong bowling performance. In spite of this, the team performed poorly in the Test arena, including 28 consecutive Test matches without a victory. In 1984, India won the Asia Cup and in 1985, won the World Championship of Cricket in Australia. Apart from this, India remained a weak team outside the Indian subcontinent. India’s Test series victory in 1986 against England remained the last Test series win by India outside the subcontinent for the next 19 years. The 1980s saw Gavaskar and Kapil Dev (India’s best all-rounder to date) at the pinnacle of their careers. Gavaskar made a Test record 34 centuries as he became the first man to reach the 10,000 run mark. Kapil Dev later became the highest wicket-taker in Test cricket with 434 wickets. The period was also marked by an unstable leadership, with Gavaskar and Kapil exchanging the captaincy several times.

The addition of Sachin Tendulkar and Anil Kumble to the national side in 1989 and 1990 further improved the team. The following year, Javagal Srinath, India’s fastest bowler since Amar Singh made his debut. Despite this, during the 1990s, India did not win any of its 33 Tests outside the subcontinent while it won 17 out of its 30 Tests at home. After being eliminated by neighbours Sri Lanka on home soil at the 1996 Cricket World Cup semifinal, the team underwent a year of change as Sourav Ganguly and Rahul Dravid, later to become captains of the team, made their debut in the same Test at Lord’s. Tendulkar replaced Azharuddin as captain in late 1996, but after a personal and team form slump, Tendulkar relinquished the captaincy and Azharuddin was reinstated at the beginning of 1998. With the captaincy burden removed, Tendulkar was the world’s leading run-scorer in both Tests and ODIs, as India enjoyed a home Test series win over Australia, the best-ranked team in the world.

After failing to reach the semifinals at the 1999 Cricket World Cup, Tendulkar was again made captain, and had another poor run, losing 3–0 on a tour of Australia and then 2–0 at home to South Africa. Tendulkar resigned, vowing never to captain the team again. Ganguly was appointed the new captain and the team was further damaged in 2000 when former captain Azharuddin and fellow batsman Ajay Jadeja were implicated in a match-fixing scandal and given life and five years bans respectively. This period was described by the BBC as “the Indian cricket’s worst hour”. However, the new core – Tendulkar, Dravid, Kumble and Ganguly – swore not to let this happen to them again, and lead Indian cricket out of the dark times. And the first three put aside personal ambitions to let Ganguly lead them into a new era.

After winning the Test series against England in August 2007, Dravid stepped down as the captain of the team, following which Dhoni was made the captain of the Twenty20 and ODI team. In September 2007, India won the first-ever Twenty20 World Cup held in South Africa, beating Pakistan by 5 runs in the final. In 2007–08, they toured Australia where India lost the highly controversial home Test series 2–1 but managed to win the CB series the following month with a whitewash final of Australia.

In April 2009, India secured their first Test series win in New Zealand in 41 years. After beating Sri Lanka 2–0 in December 2009, India became the No. 1 Test team in the world. They retained the ranking by drawing series against South Africa and Sri Lanka. In October 2010, India whitewashed Australia 2–0 in the home test series, giving them back-to-back series wins against them. Later that year, India managed to draw the Test series in South Africa at 1–1

The current team sponsor until 2022 is OPPO since 2017. Previously, the Indian team was sponsored by Star India from 2014 to 2017, Sahara India Pariwar from 2002 to 2013 and ITC Limited (with Wills and ITC Hotels brands) from 1993 to 2002. The current kit sponsor for the Indian team until 2020 is Nike, which in 2005 acquired the rights from BCCI. The deal with Nike has been extended twice for a period of five years each time; in 2011 and 2016 respectively. Paytm, since 2015 is currently the sponsor for all matches played by the team within India until 2019. Star Sports Network is the official broadcaster until 2023 for all matches the team plays in India. 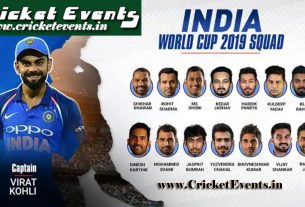 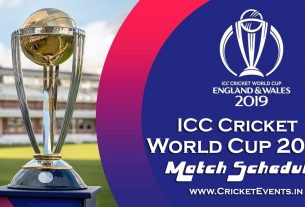