South Africa won the toss and chose to bowl first. South Africa came into the 2nd T20 with no changes in the squad while on the other hand, Kohli’s team had rested Jasprit Bumar with Shardul Yadav replacing him. Shardul Yadav made the debut for India in the T20.

JP Duminy played a captain’s knock (64*) enabling South Africa beat India by 6 wickets to level the three-match T20I series on Wednesday at the SuperSport Park in Centurion. Aided by Heinrich Klaasen’s brilliant 69 runs, Duminy ensured the hosts crossed the finishing line against India. Indian bowlers were expensive throughout especially Yuzvendra Chahal who had a forgettable night. He ended with figures of 1/64 in 4 overs. Bhuvneshwar Kumar, who bowled three overs without taking a wicket, was the only economical bowler in the Indian team.

The Proteas were in fifth gear from the first ball, with Junior Dala sending Rohit Sharma cheaply to the pavilion. He was quickly followed by Shikhar Dhawan and Kohli who could not make an impact as well. Although Suresh Raina tried to stable the innings he also could not do much. The Virat Kohli-led India will hope to repeat the performance but with middle-order batsmen also playing their part this time. In the last match, Manish Pandey, Mahendra Singh Dhoni, and Hardik Pandya failed to provide the expected final flourish. Pandey struggled to increase the run rate, scoring 29 not out in 27 deliveries. It will be interesting to see whether the Karnataka right-hander gets another chance. Bolstered by the terrific spell by Bhuvneshwar Kumar, who was adjudged the Man of the Match, India will hope to create havoc once again to seal the issue. 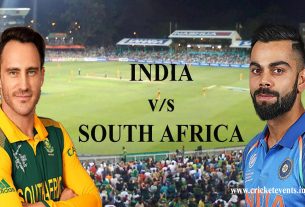 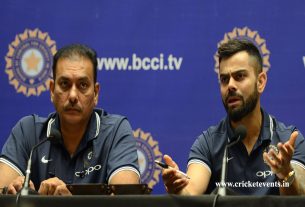