Top 5 batsman who hit most sixes in IPL history

Top 5 batsman who hit most sixes in IPL history

In this article, you will know, top 5 batsmen who hit most sixes in IPL history:

Chris Gayle hits 265 sixes in IPL history. His full name is Christopher Henry Gayle. Probably the most destructive T20 batsman of his time, Chris Gayle is a Jamaican cricketer who plays international cricket for the West Indies. Gayle captained the West Indies’s Test side from 2007 to 2010. Gayle has played a number of match-winning knocks during his time in the IPL. The West Indian opener has 5 IPL hundreds to his name, including that mammoth inning of 175 in 2013 against Pune Warriors India. He started his IPL career playing for KKR but after a couple of disappointing seasons, he joined RCB, where he has enjoyed the majority of his T20 success.

Having scored over 3500 runs in the IPL, it was quite shocking to see the batsman going unsold twice in the 2018 IPL auction and it was only in the third time of asking that Kings XI Punjab decided to get the West Indian on their roster for his base price. The threat of Gayle has reduced considerably over the past year, however, one can’t afford to write him off, as he has the most sixes to his name in the Indian Premier League history.

Suresh Raina hits 173 sixes in IPL history. The highest run-scorer in IPL history, Suresh Raina has attained a legendary status in IPL with his consistent performances each and every season. The 31-year-old has scored 4540 runs in the IPL, which have included 173 sixes. Raina has been part of the Chennai Super Kings squad since the inaugural season and only left the team for a couple of seasons when it was suspended from the IPL.

Raina has been a vital cog in the CSK wheel, helping them reach 6 finals and winning two championships. Looking at his contribution over the years, the CSK management didn’t hesitate much before deciding to retain the left-hander for the upcoming seasons of IPL, as he was the second most sixes hitter in the Indian Premier League history.

Rohit Sharma hits 172 sixes in IPL history. The most successful captain in the history of Indian Premier League, Rohit has also been the leading batsman for Mumbai Indian since moving to the franchise in 2011. His 4207 IPL runs included 172 massive sixes that he has smashed across various stadiums in India, making him the cricketer with third most sixes in the Indian T20 tournament. For Mumbai to do well in the IPL, they need their captain and star batsman to be in top form for the duration of the tournament.

While Rohit Sharma has often struggled for consistency in international cricket, his performance in the IPL have been far more on par with his talent. The 30-year-old has scored over 300 runs in every season of the Indian Premier League and his team will be hoping the same from their captain.

David Warner hits 160 sixes in IPL history. It wasn’t surprising to see Sunrisers Hyderabad retaining their title-winning captain David Warner for the 11th season of the Indian Premier League. The swashbuckling opening is now the most expensive Australian player in the Indian Premier League. The Australian is also the highest run-scorer amongst the foreign players and is a two time Orange cap winner, including last year. The 31-year-old has smashed 160 sixes in just 114 matches and has 3 IPL hundreds to his name. After winning the IPL trophy in 2016, SRH were excited last year’s tournament at the eliminator stage, despite of Warner being the player to hit the fourth most sixes in the Indian Premier League.

David Warner who smashed 641 runs in IPL season 10 will be looking to continue from where he left off and hopefully help his team to their only 2 IPL trophy.

Virat Kohli hits 160 sixes in IPL history. The Indian Cricket Team’s Captain, popularly known as the Run Machine, Virat Kohli’s ability and hunger to score daddy hundreds has taken the cricket world by storm. Ranked No. 1 in ODIs, No.2 in Test cricket and No.3 in T20Is is a testimony of how the stylist top-order batsman has evolved over the years. The flamboyant cricketer was the captain of the Indian team that won the 2008 ICC U19 Cricket World Cup and since then there has been no looking back for King Kohli. He is the new-age cricketer who is aggressive and expresses his mind on the field.

In 2008, Kohli was inducted in the RCB squad and started leading the side in the year 2013. In the year 2016, he sat atop on the leading run-scorers list, thereby donning the Orange Cap at the end of the ninth edition of the league. The highest paid cricketer in IPL, Virat Kohli was the first one to be retained by his franchise ahead of the IPL 2018 Player Auction and will continue to lead his side. Even though RCB have rarely lived up to their expectations, there is no doubting the fact the pairing for Kohli and AB de Villiers is probably the most dangerous in T20 cricket.

Kohli has played a number of match-winning knocks for RCB in the past but wasn’t able to take them all the way till now, a record he will be desperate to change in the 11th season. 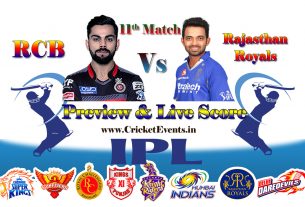 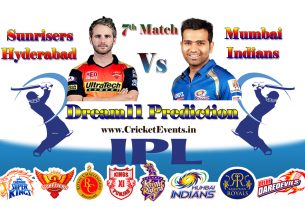 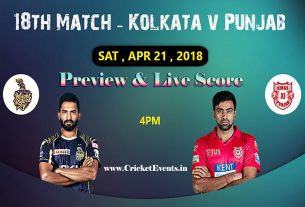