The Royal Challengers Bangalore (RCB) is a franchise cricket team based in Bangalore, Karnataka, that plays in the Indian Premier League (IPL). One of the original eight teams in the IPL, the team has made three final appearances in the IPL, losing all of them (in 2009 to the Deccan Chargers, in 2011 to the Chennai Super Kings and in 2016 to the Sunrisers Hyderabad). The players in the team (except for Rahul Dravid, who was the Icon Player), were selected in an auction conducted by BCCI on 20 February 2008. South Africa’s Jacques Kallis at $900,000 became the costliest player to be selected to play for the Royal Challengers. This meant that Rahul Dravid, being the Icon Player would be paid $1,035,000 (15% more than the highest bid player in the team). Other players selected included the then Indian Test cricket captain Anil Kumble along with his teammates Praveen Kumar and Zaheer Khan, West Indian Shivnarine Chanderpaul, Aussies Nathan Bracken and Cameron White, South Africa’s Mark Boucher (Wicket Keeper) and Dale Steyn. The team also included Pakistan cricket team’s vice captain Misbah-ul-Haq although he wasn’t in the playing 11 for most part of the tournament.

Vijay Mallya, the owner of Bangalore Royal Challengers, had kept the captaincy options open. Minutes after picking up Kevin Pietersen at USD 1.55 million, Mallya said he was happy with the price he got him at. “The captaincy options are open. The team management will take a decision on it.” The Royal Challengers, who finished second to last the previous year, were led by Rahul Dravid. On 21 March 2009 Vijay Mallya announced that Kevin Pietersen was replacing Rahul Dravid as the team captain for the 2009 season. The reason given was Dravid’s absence in the league due to family related reasons.[9] However many suspect that the change in captaincy is the result of the poor performance of the team in the first season of the Indian Premier League. On 30 April 2009, Anil Kumble was named the captain of the team for the remaining games of the IPL Season 2, due to Kevin Pietersen’s absence to play for England against the West Indies. Since then performance of Royal Challengers Bangalore has been instrumental and the turnaround has been superb. The challengers found great success under Kumble’s leadership.

The team slumped to a defeat in their first match against the Knight Riders but came back strongly to win the next four games which started off with the highest successful run chase in IPL 2010 and the second highest successful run chase in IPL history against Kings XI Punjab at Bangalore. This win was followed by comprehensive wins against the Rajasthan Royals, Mumbai Indians and the Chennai Super Kings. Kallis and Uthappa were in tremendous form with the bat, while Kumble was miserly with the ball, Steyn fast and accurate and Vinay Kumar wily picking wickets at the right time. However, the team lost the next two games and after a roller coaster ride, managed to sneak into the semis for the second consecutive season by virtue of their healthy net run rate beating Delhi Daredevils and Kolkata Knight Riders both of whom had equal number of wins and losses as the Bangalore outfit. In the semifinal, RCB put on a shoddy display after beginning well and conceded 77 runs during the last 5 overs of the Mumbai innings. The chase never took off and they went on to lose the match by 35 runs. The team had the final laugh after they comprehensively beat the defending champions Deccan Chargers, against whom they lost the previous year’s final by 9 wickets. RCB finished the season in third position and thereby booked a slot in the 2010 Champions League Twenty20.

On 8 January 2011, IPL Governing Council held the auction for the season 4 of the league. The franchises had the option of retaining a maximum of four players for a sum of $4.5mn. Royal Challengers however retained only one of their players, Virat Kohli, leaving the rest of the players back in the auction pool. When other IPL franchises let go the non-performers from each of their teams, RCB lost the top performers from the previous season by releasing them back to auction pool. On Day-One of the auction, Bangalore bought Sri Lankan Tillakaratne Dilshan for $650,000, their former player and Mumbai Indians spearhead Zaheer Khan for $900,000.

Royal Challengers Bangalore began the 2012 IPL without the services of talisman Chris Gayle who had arrived in India carrying a groin injury he had sustained in the preceding Bangladesh Premier League. Sreenath Aravind, RCB’s most successful bowler in 2011 too was laid low by injury and Harshal Patel emerged as the preferred third seamer in the side ahead of Abhimanyu Mithun. AB de Villiers and Muttiah Muralitharan gave the team a winning start against Delhi but 3 consecutive losses followed. One of them saw the team concede a 200+ total off the last ball in Chennai while Ajinkya Rahane’s ton at Bangalore included 6 fours in a single over from Aravind. The team rallied back, Chris Gayle finding his touch to hit 5 consecutive sixes off Rahul Sharma and Saurabh Tiwary hitting a six off the last ball to win the team a tight chase against Pune. Gayle shone again at Mohali in a comprehensive win while de Villiers, Tillakaratne Dilshan and KP Appanna engineered another win in Jaipur. A washed out match at Bangalore against Chennai denied the team a chance at gaining 2 points outright, the teams sharing points 1-1 each. Two subsequent losses put RCB in competition with Rajasthan Royals, Chennai Super Kings and Kings XI Punjab for the last play-offs slot. Daniel Vettori benched himself so the team could play Muttiah Muralitharan as one of the four foreigners allowed in the playing XI, Virat Kohli taking up captaincy duties. The team signed Prasanth Parameswaran who played for Kochi Tuskers Kerala in the 2011 IPL as a replacement for the injured Sreenath Aravind. A spectacular chase against Deccan Chargers at Bangalore and two routs in Mumbai and Pune put the team back on track for a place in the play-offs. RCB went down to Mumbai in a hard fought match at Bangalore but bounced back in Delhi as Chris Gayle became the first man to hit 3 centuries in the IPL, hitting 128 at Delhi.

Before the auction RCB released Mohammad Kaif, Charl Langeveldt, Dirk Nannes, Luke Pomersbach and Rilee Rossouw. At the auction RCB bought Christopher Barnwell, Daniel Christian, Moisés Henriques, Ravi Rampaul, Pankaj Singh, R. P. Singh and Jaydev Unadkat. RCB kicked off their campaign by winning their first 6 home games starting with a 2 run win over Mumbai Indians where Chris Gayle scored 92* off 58 balls and Vinay Kumar picking up 3 wickets. But they suffered a super-over defeat to newly formed Sunrisers Hyderabad but then they beat the same opponents convincingly by 6 wickets where Virat Kohli smashed a brilliant 93*.They also beat Kolkata Knight Riders by 8 wickets. Gayle and Kohli were in tremendous form with the bat while Vinay Kumar was the hero with ball. RCB suffered a shock in the next match against Chennai Super Kings where R.P.Singh conceded a no-ball of the last ball of the match which was a catch.However,the team rallied back to win their next 3 games.One of the matches against Pune Warriors India saw Chris Gayle smash 175 off just 66 balls which was the highest individual score in T20 cricket and RCB put up 263-5 which was the highest total in T20 cricket.

Virat Kohli was named the captain of RCB team. Before the auction, Ab de Villiers, Chris Gayle and Virat Kohli were retained from the previous seasons.The players bought in the 2014 auctions were Albie Morkel, Mitchell Starc, Ravi Rampaul, Parthiv Patel, Ashok Dinda, Muttiah Muralitharan, Nic Maddinson, Harshal Patel, Varun Aaron, Vijay Zol and Yuvraj Singh who was the most expensive player fetching a massive 14 crore. They ended up 7th in the points table and didn’t qualify for the playoffs.

They ended the league stage at the third position, with 7 wins from 14 matches. On 20 May, they faced the Rajasthan Royals in the Eliminator and earned a spot in Qualifier 2. However, they lost to the Chennai Super Kings in the Qualifier 2, and ended the season finishing third. Ab de Villiers, Virat Kohli, and Chris Gayle, ended by being the 4th, 5th, and 6th highest run scorers of the season respectively, while Yuzvendra Chahal was RCB’s highest wicket taker, is the 3rd highest in the season.

Royal Challengers Bangalore started their season with a blitz from AB de Villiers and Virat Kohli against SRH at Bengaluru, to comfortably win their first match. A bludgeoning century from Quinton de Kock meant RCB lost their second match of the season. Their form deteriorated in the coming matches, winning only one match of the next five. Although, Virat Kohli and AB de Villier’s brilliant form, along with the emergence of KL Rahul as an important member of RCB’s batting, were positive points. Royal Challengers needed to win at least 6 of their next seven matches to have a chance at qualifying for the playoffs. They won matches against KXIP and Rising Pune Supergiant, the new entrant in the tournament. But a loss against Mumbai Indians meant they needed 4 wins in 4 matches to qualify. Since then, Virat Kohli found himself in sublime form, with captaincy and the bat. RCB most notably defeated the Gujarat Lions by 144 runs, the highest margin in IPL history, during this 4 match winning streak. Through other match results, RCB ended at an unlikely second position at the end of the league stage. Virat Kohli dominated the run-scoring list, while Shane Watson and Yuzvendra Chahal collectively topped the wicket taking list at the end of the league stage. They faced the Gujarat Lions in the Qualifier 1 at their home ground, the M. Chinnaswamy Stadium. They won by 4 wickets to make it to their third final in nine seasons. They played the final against SRH, again in Bengaluru. RCB lost a hard fought match by 8 runs, to end as runners up in this ninth season of the IPL. This is the third instance of RCB losing the finals in the IPL.

Virat Kohli, AB de Villiers, Chris Gayle, Mitchell Starc, Adam Milne, Mandeep Singh, Harshal Patel, Kedar Jadhav, Sarfaraz Khan, Sreenath Aravind, Yuzvendra Chahal, Shane Watson, Stuart Binny, Travis Head, Samuel Badree, Sachin Baby, Iqbal Abdulla, Praveen Dubey and KL Rahul were retained by RCB for the 2017 Indian Premier League. From player auctions, they bought Tymal Mills for 12 crores, Aniket Chaudhary for 2 crores, Pawan Negi for 1 crore and Billy Stanlake for 30 lakhs. Mitchell Starc dropped out of the season to prepare for the Champions Trophy which led to the management to replace him with Tymal Mills. The team was the worst hit with injuries as their captain Virat Kohli and AB De Villiers did not play for the initial matches which led to the making of Shane Watson as the interim captain. Even their star players KL Rahul and Sarfaraz Khan were ruled out of the season due to their prolonged injuries. 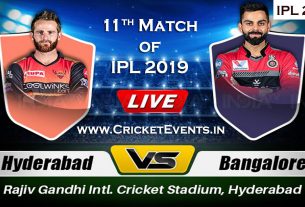 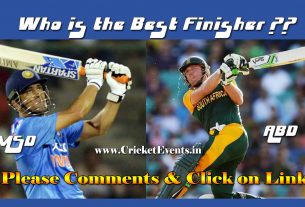 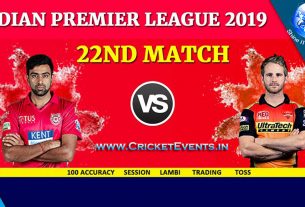